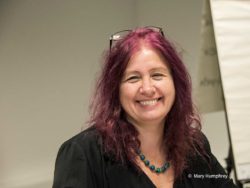 Before becoming an academic Margaret Greenfields trained as a lawyer, with a particular interest in homelessness and family law. She worked initially in a community law centre before becoming a legal policy officer, working for a number of NGOs in London before undertaking a PhD in Social Policy with a focus on Travellers’ experiences of the legal system in relation to family law/social work interventions. Some years after becoming an academic, Margaret was appointed Founder Director of the Institute for Diversity Research, Inclusivity, Communities and Society (IDRICS) at Buckinghamshire New University (BNU). She was promoted to the role of Professor of Social Policy and Community Engagement in August 2012.

As an academic Margaret has worked extensively in the field of social inclusion (with particular reference to accommodation issues and health), ethnicity, equalities and social justice with a specific emphasis on undertaking collaborative research with communities at risk of marginalisation, racism and ‘othering’. She has worked closely with Gypsy, Traveller and more recently migrant Roma (GTR) communities for over 25 years and in recent years has undertaken  participatory action research programmes with vulnerable migrants; live-aboard Boaters; LGBT+ members of faith communities and homeless people experiencing poor health as well as refugee and asylum seeking women.

Margaret has an emerging focus on engaging with barriers to widening participation and access, and the experiences of GTR people in higher education. To this end she co-convened with Baroness Whitaker an event in the House of Lords in September 2019 on this subject, and is working with NEON and a range of institutional colleagues to move GTR educational experiences further up the policy agenda.  She also acts as lead academic within her university to support institutional measures to develop best practice in engaging and supporting members of the GTR communities in their educational journey.

She has authored/co-authored and edited a number of books and journal articles, and numerous reports for local authorities, Central Government agencies (including the UK Department of Health; Housing, Communities and Local Government and the EHRC); the European Fundamental Rights Agency, and diverse charities. Margaret has been a member of advisory panels for various Government departments and associated agencies such as the ECHR; Department of Health; Department of Housing Communities and Local Government; and professional bodies working to enhance best practice to support Gypsy, Traveller and Roma communities.  She regularly lectures and delivers training for NGOs and in academic contexts in the UK and Europe and is currently supervising a number of PhD students in various fields relating to health and social care exclusion and marginal/’at risk’ citizenship.