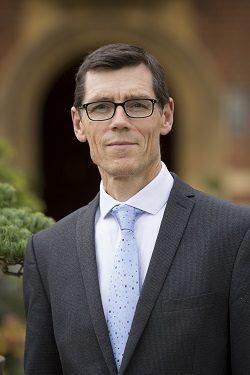 He has two grown up sons and a daughter, chairs HMC’s Universities Committee, speaking for the sector on Higher Education matters, and sits on the Court of the University of Leicester and the Governing Body of Colfe’s School.