NEON > News & Blogs > NEON BLOG: How does the language we use portray ‘working-class’ young people?

Sat having breakfast opposite me this morning was a family, laughing and joking, but also desperately trying to persuade their teenage son to choose a subject to study. The irony was I was reading a paper at the time about how young people make career choices, written in 1999, and nothing seemed to have changed. 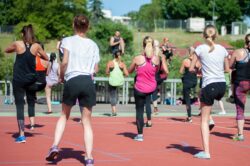 The poor young man was being interrogated by his mum, who was putting every subject under the sun to him, maths, science, business, P.E. For each subject he tried to explain why he wasn’t interested in a career in that area. He tried to justify that he didn’t want to study P.E by saying “P.E teachers at my school are Assistant Heads and I don’t want to be”, but his family were persistent with their ideas. Looking tired with the conversation, the boy looked down at his phone as a signal to end it.

His sister then piped up with her suggestion “what about English!” and the debate started all over again. More suggestions came that he should become a pilot, psychologist, or business analyst. Another sister then chimed in “I don’t want you to be a pilot, it’s dangerous”. During this forty-minute conversation, the boy spoke for maybe 10% of the conversation, the rest was his mother and siblings giving him suggestions that he didn’t seem interested in.

I once heard that asking a young person to choose their future career is like asking them to imagine a colour that is not yet invented. This seemed to ring true more than ever for this young man. What then is preventing young people from picturing this un-invented colour?

My research explores the influences on ‘working-class’ young people’s education and career transitions after leaving compulsory schooling. In a recent pilot study, I conducted life-story interviews with young people from Stoke-on-Trent, ranked the 12th most deprived area in England, to gain an insight into the influences, and influencers, on their transition to a local university after college. 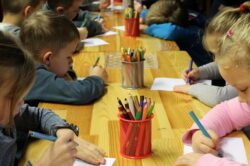 ‘Working-class’ young people from Stoke have been labelled as ‘disadvantaged’. This term has been synonymised with ‘deprived’, ‘free school meals (FSM) eligible’, ‘POLAR quintile 1’, ‘widening participation intervention target’, ‘low socioeconomic status’, ‘pupil premium student’… I could go on. The Education Select Committee recently published a report called ‘Left Behind White Pupils’, describing those ‘left behind’ as ‘white working-class’, whilst at the same time acknowledging that there is no single definition of what it means to be ‘working-class’, and that existing indicators of ‘class’ are inadequate as they create binaries. We need to move away from measures such as those with or without FSM-eligibility and instead view disadvantage as a scale.

We need a new way to discuss disadvantage that removes the negative labelling of ‘working-class’ young people. Being ‘working-class’ is so much more than ticking a list of indicators, it is a culture and social identity. Equating being from this culture to disadvantage and deprivation is insulting and fails to acknowledge the many benefits of a community identity, as well as the spectrum of disadvantage that different people face.

Research has suggested that ‘working-class’ young people lack the social connections to advise them on careers that their more privileged peers have access to. My findings challenge this by showing ‘working-class’ youngsters to have valuable networks of people through which they gained work experience, jobs and hobbies; a key benefit from being part of a community identity. Moreover, role models were not seen as someone in a desired job role, but instead included parents who had worked hard all their life to provide for their family and overcome challenges. This calls for a review of what we see as social networks and challenges the view that ‘working-class’ young people are resource-less. In fact, my participants were equipped with a high level of determination that was born out of seeing others like them succeed.

Interestingly, my participants did not choose to identify with ‘the class system’, which alludes to the need for us as practitioners, policy-makers and researchers to do away with labels of ‘class’ when working with young people. We need to carefully consider how we target young people for interventions and ensure the language used in doing this doesn’t pit different groups against each other. Although we may be of a generation that referred to different jobs as being for different ‘classes’, times have moved on. Our young people deserve for us to take time to understand how they see society and engage with them on their level, rather than us presupposing categories onto them which they do not identify with and speaking on their behalf.

The stratification of society creates a system of legitimisation, by this I mean the placing of groups of individuals into a hierarchy where those at the top have more resources and therefore more possibilities for action than those lower down. Those at the top have the most power and therefore determine what is legitimate, for example a degree from Oxbridge. This then delegitimises other transitions such as to non-prestigious university courses, or vocational routes, which have been framed as the options of the ‘deprived’. This sends the message to ‘working-class’ youngsters that people like them are in ‘lower’ jobs, and that options higher up, such as a prestigious university are out of reach for their group.

As Widening Participation practitioners, we must check ourselves: how often has our work framed young people in a deficit way? Rather than deeming ‘working-class’ young people as having ‘low’ aspirations, we need to recognise that just because aspirations may be ‘different’, they are not any less legitimate. Let us champion our young people for being the first in their family to go to university, for getting onto the career ladder on an intermediate apprenticeship, and for not allowing their path to be predetermined by a set of social conditions that are deemed for their status in society. This is the only way we can help young people to imagine a future for themselves not yet painted.

To contact Emma to discuss her research further email e.baines@keele.ac.uk