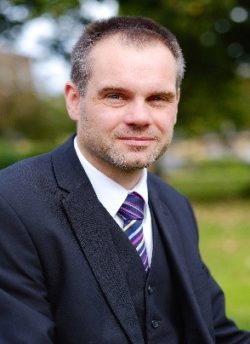 Craig joined University Academy 92 in September 2018 as Principal and CEO, the senior leadership role responsible for development of this start-up Higher Education institution. Previously, since March 2015, Craig was a member of Coventry University’s Group Leadership Team and was founding Provost (Associate Pro-Vice-Chancellor) of CU Scarborough, Coventry’s new campus on the Yorkshire coast.

Craig has worked in a number of universities including Durham and Hull. He became Dean at Hull in 2005 and held a number of senior management roles since. He has led various academic start-up and major change projects, one of which gained a prestigious Times Higher Education Leadership and Management Award in 2013.